Have you heard of Percy Lavon Julian and his contributions to the Cushing's and Addison's community?

"The grandson of Alabama slaves, Percy Lavon Julian met with every possible barrier in a deeply segregated America. He was a man of genius, devotion, and determination. As a black man he was also an outsider, fighting to make a place for himself in a profession and country divided by bigotry—a man who would eventually find freedom in the laboratory. By the time of his death, Julian had risen to the highest levels of scientific and personal achievement, overcoming countless obstacles to become a world-class scientist, a self-made millionaire, and a civil-rights pioneer." ~PBS website

So you may never heard of him, but Google images shows that we may be the among the few that don't know about this amazing man is.

I owe this post to my Cushie and BLA friend Trisha, who brought PLJ to my attention. In her words:

"This doctor is almost as important to people with Cushings as Dr. Harvey Cushing and I just learned about him today.

Percy Lavon Julian (April 11, 1899 – April 19, 1975) was an American research chemist and a pioneer in the chemical synthesis of medicinal drugs from plants.[1] He was the first to synthesize the natural product physostigmine, and a pioneer in the industrial large-scale chemical synthesis of the human hormones progesterone and testosterone from plant sterols such as stigmasterol and sitosterol. His work laid the foundation for the steroid drug industry's production of cortisone, other corticosteroids, and birth control pills.[2][3][4][5]
He later started his own company to synthesize steroid intermediates from the Mexican wild yam. His work helped greatly reduce the cost of steroid intermediates to large multinational pharmaceutical companies, helping to significantly expand the use of several important drugs.[6][7]""

There are countless websites extolling praise on Percy Lavon Julian now, but back then, he was denied tenure despite his accomplishments because of his race.
This was only on the first page of the google results. There are pages and pages more. I mean it.
I never heard of Percy Lavon Julian before today, but he is the reason Cushies survive after pituitary surgery and the reason BLAers like me can finally be free of excess cortisol. Even though Harvey Cushing discovered the disease and surgery for it, Percy Lavon Julian is a hero for all Cushies and Addies. As such, I will celebrate him every April 11th going forward. I hope all of us will do the same. 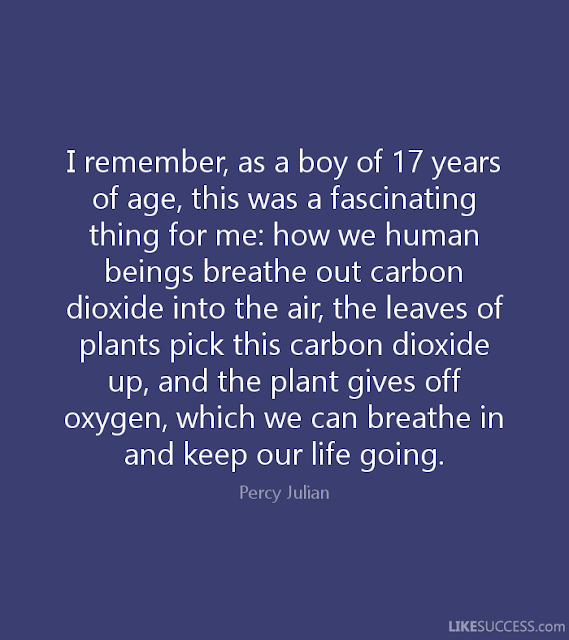