Every week, I read articles about cortisol, ACTH, hypercortisolemia, the pituitary, adult growth hormone deficiency, inflammation, and depression, always look for an understanding outside of just Endocrinology's knowledge of Cushing's.
Every week, I read many articles about stress and its affect in some population. Stress is measured. Cortisol is measured. Results are announced.
The results never really surprise me; they fall in line with the devastating effects of stress aka cortisol in Cushing's. I have, however, noticed that different studies measure cortisol differently than endocrinologists measure cortisol for Cushies.  Why is that?
In the following excerpt, I noticed I have never had these tests to determine my cortisol metabolism. Why not?
I am convinced that as a patient struggling with standard diagnostic testing, additional testing should be made available. I mean, I'm getting serious brain surgeries over here ( TWO ), and there are still simple tests lying around?! I mean, COME ON!
**********
Serious Illness Causes Too Much Cortisol

"In the study, researchers tested five aspects of cortisol metabolism in 158 critically ill patients as well as 64 controls. The aspects measured were the participants' levels of urinary cortisol metabolites, daily levels of corticotropin and cortisol, plasma clearance of 100 mg of hydrocortisone, levels of messenger RNA and protein in liver and adipose tissue, and plasma cortisol clearance, metabolism, and production.

It is obvious that Cushing's patients face physical limitations and deformities. Mental and emotional changes are ever present but hard for a patient to point out. There is nothing to "show."
After six years of fighting Cushing's and knowing that word specifically, I know I have battled depression the whole time -- like, every day.
We can no longer live in a world that makes us feel poorly about ourselves for seeking help for depression. Like Cushing's, depression is a medical problem, not something we brought on ourselves.
This article explains the 30 signs of depression very well. If you are depressed, please seek help. You deserve to seek out the help you need. You are worth it. 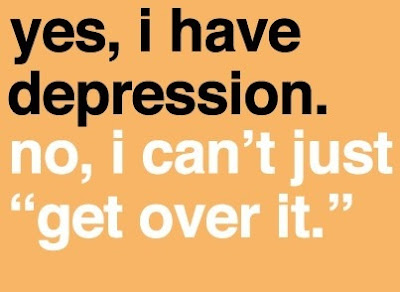 "Depression is much more than feeling sad. It is a mood disorder that can interfere with everyday life. There are six types of depression: major depression, atypical depression, dysthymia, portpartum depression, premenstrual dysphoric disorder, and seasonal affective disorder. Depression with mania is known as bipolar disorder or manic depression.
Having untreated depression can put your life on hold for months, if not years. Major depressive disorder can also lead to thoughts of suicide. Here are 30 of the main symptoms of depression. If you experience one or more of these symptoms, talk to your doctor." 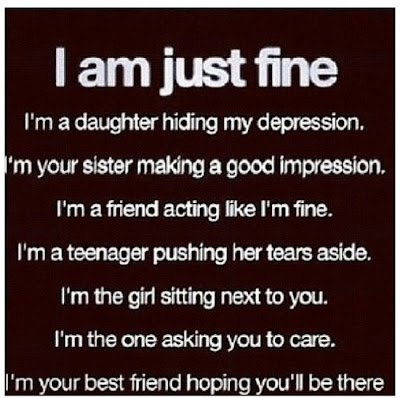 How to Really Help a Sick Friend

Thank you, Real Simple, for keeping it real.
How to Really Help a Sick Friend
http://www.realsimple.com/health/mind-mood/emotional-health/how-help-sick-friend-00100000098686/index.html
Posted by Moxie Melissa