I have read a lot about bilateral adrenalectomy in general terms. Now, it is time that I know the specifics. This articles goes into more detail about the surgery than others I have seen to date.

Some of you may not want to know what happens, some like me do. It is here if you want it. No graphic photos.

Keto: It was fun while it lasted

I started Ketoconazole in August 2012 after having high midnight salivary cortisol, high midnight serum cortisol, and high urine 17-hydroxy-corticosteroids. Keto resolved some symptoms but not all. At best, I dropped and kept 15 pounds off. I felt less weak and average but still definitely not myself. The daytime drowsiness became unbearable by Spring 2013. I was falling asleep daily. It came across me suddenly, like narcolepsy. Dr F treated me with Ritalin two times a day. It kept me afloat.
In late Summer 2013, the FDA put stricter limits on the use of oral Ketoconazole. The European Union banned its use. Liver toxicity is such a concern that the FDA recommends weekly liver function tests?!
--ENOUGH SAID--
I side with the EU on this one. The EU bans many known endocrine disrupters years before the FDA even considers it: BPA in baby bottles, rGH in milk.  I'm not taking that Keto stuff anymore.  Cushing's has disrupted enough body systems on its own. I certainly don't want to lose liver function just trying to keep cortisol at bay. Keto wasn't a wonder drug for me!
I knew I had to stop Keto. It was hard to give up the little sleep Keto did allow me to get some nights. I was afraid to stop taking it. Being so tired each day anyway, I just didn't know how I would manage on no sleep with unmitigated cortisol running through my veins all night.  After my pituitary MRI and CT scan of the adrenals in October 2013 were read as clear, I knew it was time to move on. Keto was only a crutch to avoiding the inevitable.  It was time to get seriously prepare for a BLA.  I stopped Keto, scheduled an appointment with my doctor, and began midnight testing. I had five high midnight cortisol serums right out of the testing gate.
After just a week since speaking to my doctor last, I am very close to getting cleared for a BLA (just waiting for some lab results to trickle in).
Thanks FDA for making a a difficult decision a little bit easier for me.
- Melissa 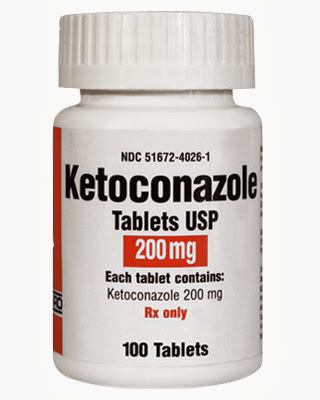